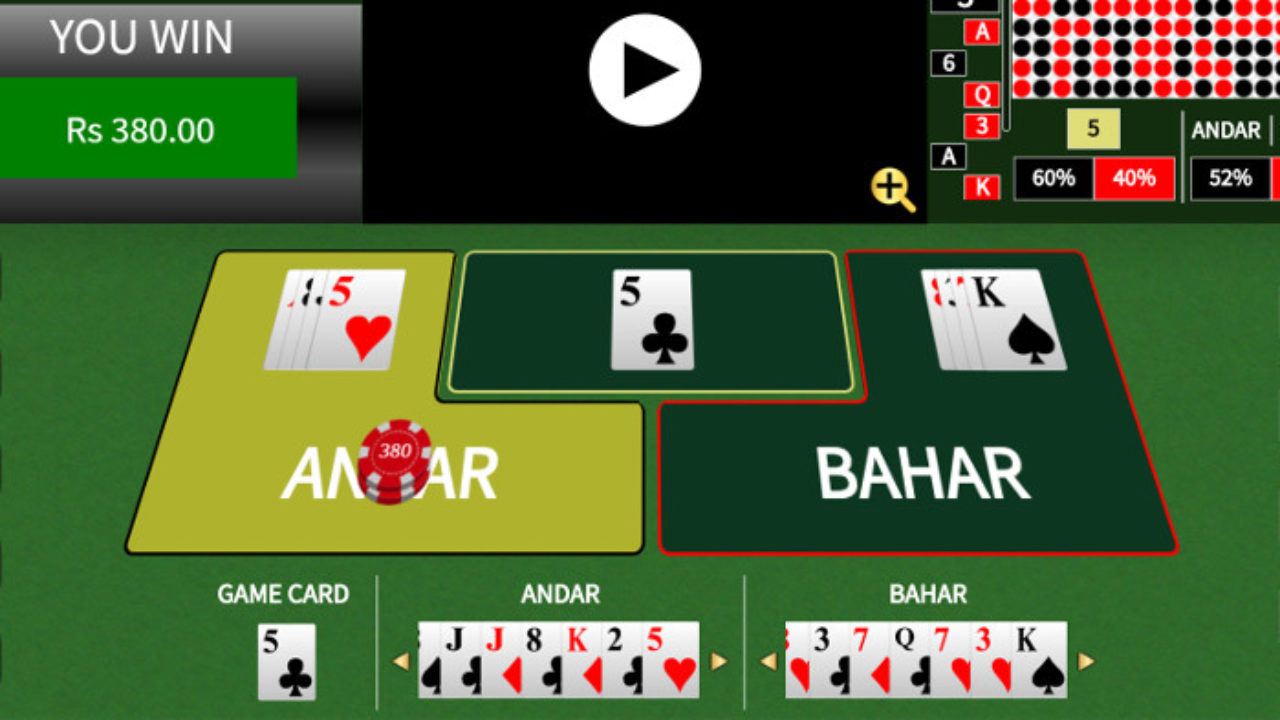 There’s a man squatting down with a deck of cards and people standing around to bet. The odds are generally 50/50, though other versions of the game exist. How it works: the dealer offers a cut. You then bet on that card will be dealt on the inside or the outside. He then deals the cards one a time alternating between two spots; one spot called inside, the other spot called outside. He keeps dealing until the card that was originally cut appears. If it appears on the outside those who bet that spot win and the others lose; same is true if it appear on the inside (inside bettors win / outside bettors lose). The Andar Bahar machines are also GSA(Gaming Standard Association) & GLI(Gaming Laboratories International) standard certified.